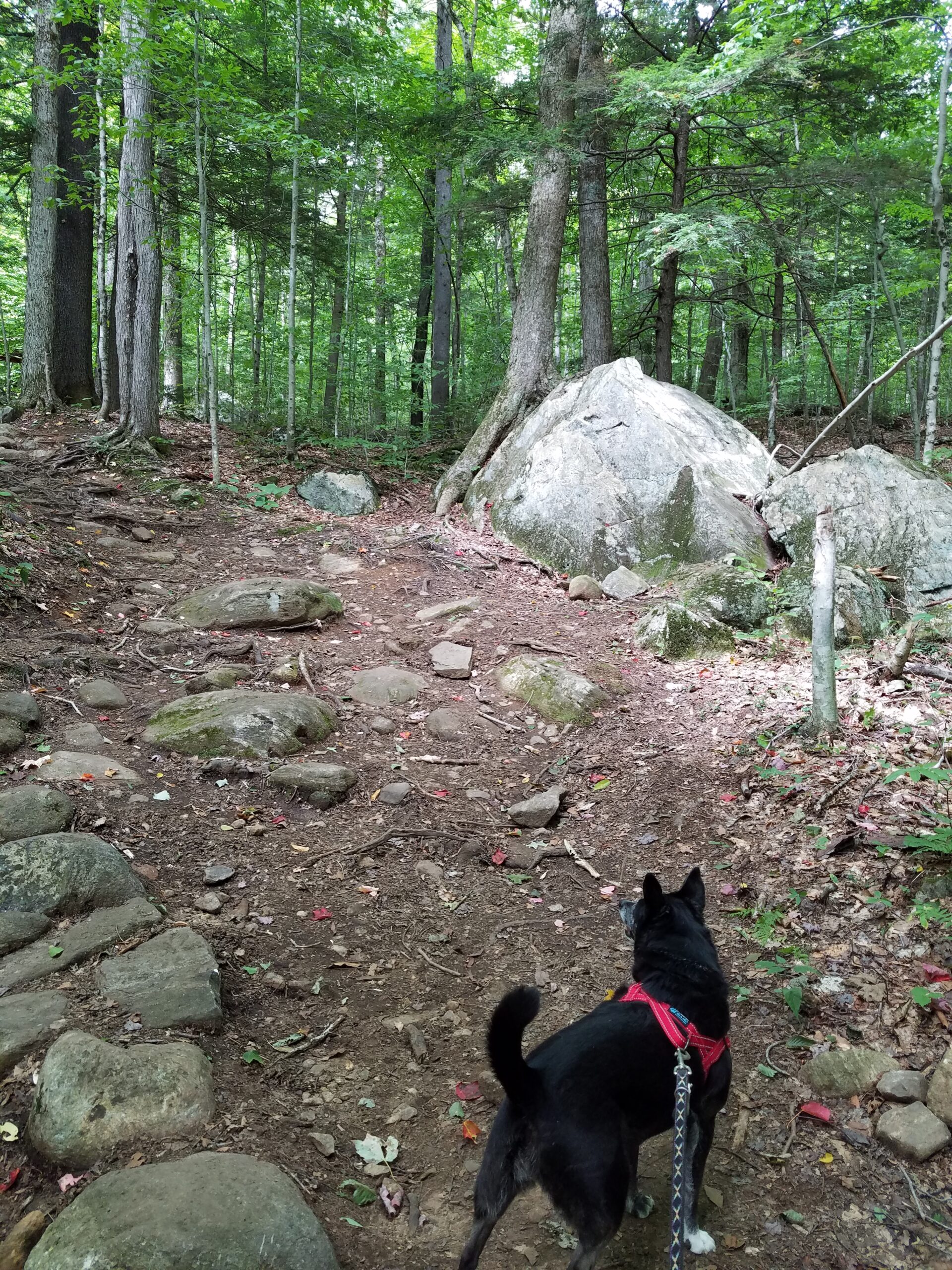 So fellow travelers, this happened today !

Ms Delilah about to summit her first ADX mountain

When we set out this morning, our intended destination was Caroga Lake State Park. I didn’t plan on tackling the Fire Tower trail at Kane Mountain but much to my surprise, after driving two hours to reach Caroga Lake, the NYS park employee at the entrance asked me if I had a camping reservation and since I did not, then informed me, “We do NOT allow dogs in the day use areas of the park.”

In all my time as a resident (this month marks 44 years ) in Upstate New York, I have never encountered a park** where dogs were not allowed unless you are camping and I have spent many weeks in dozens of state parks and Yes, most of them have areas where dogs are not permitted- for example our two favorite campgrounds on Lake Ontario (Southwick Beach and Fair Haven) do not allow dogs on the public beaches and one has a playground where dogs are not allowed and of course all NYS parks require owners to keep dogs on a leash no longer than 6ft; all perfectly reasonable limitations.  However, I have never been told that I was not allowed day use of the park because I had a dog with me, even after I explained I had come to see the park and campgrounds for a possible future visit.

To be honest, the park attendant’s firm and rather unwelcoming manner was more a deterrent than the actual restriction itself. You would have thought I had a snarling, barking beast seated next to me; but Delilah sat quiet and poised in her well tethered car harness, collar and tags clearly visible. I have had attendants request proof of proper license or vaccinations, all of which I carry in both the glove compartment and my day pack. This person made it clear I would not be admitted into the park unless I had a camping reservation.  So I simply said “ Well, no problem then, I guess we cannot visit today.” I drove around the ticket booth and headed back to the main road.

The trailhead to Kane Mountain was only five miles back on the road we had just taken to reach the now forbidden state park. Once hiking season starts, my gear is always stored in my vehicle and because I had planned to have lunch at the park, I had plenty of water and fuel for a quick trail adventure. So back down the road we went. A change into hiking boots and a brief pit stop at the trailhead privvy  (lunch was not the only reason I had stopped at the State Park) and we were soon making our way up the well marked trail.

The trail we hiked was the shorter, but slightly steeper trail- just over half a mile, but it is a half mile of steady vertical climbing with an elevation change of just over 600 feet.  Delilah and I have logged a good amount of trail mileage this year, but very little of it has been vertical. Vertical hiking uses different muscles and while Delilah forged ahead nimbly leaping around rocks on the trail, I felt the pitch immediately. A few minutes in I slowed my pace knowing tired legs are more prone to a misstep, particularly on the downward return trip. Delilah did not seem to mind, as this gave her more opportunities to thoroughly sniff out every whiff of critter news along the way.

Some hikers leash their dogs to the base, and go up solo, however Delilah can be counted on to be quite vocal about my leaving her alone in an unfamiliar setting.  No big deal since this trail is an easy day trip from home, one I can return to on my own another time.  Waiting for that summit view is an easy trade-off for the fun we had taking on this trail together and there are many summits without towers to be explored. Besides, it was time to head back down before the rain clouds we left behind at home caught up to us.

Note: ** it occurs to me that dogs cannot visit the NY State Park exhibit in the NYS Fairgrounds which has a pond and picnic area and is in fact an official State Park ( albeit the smallest State park in the system) although that is actually a restriction inherent to the NYS fairgrounds itself.