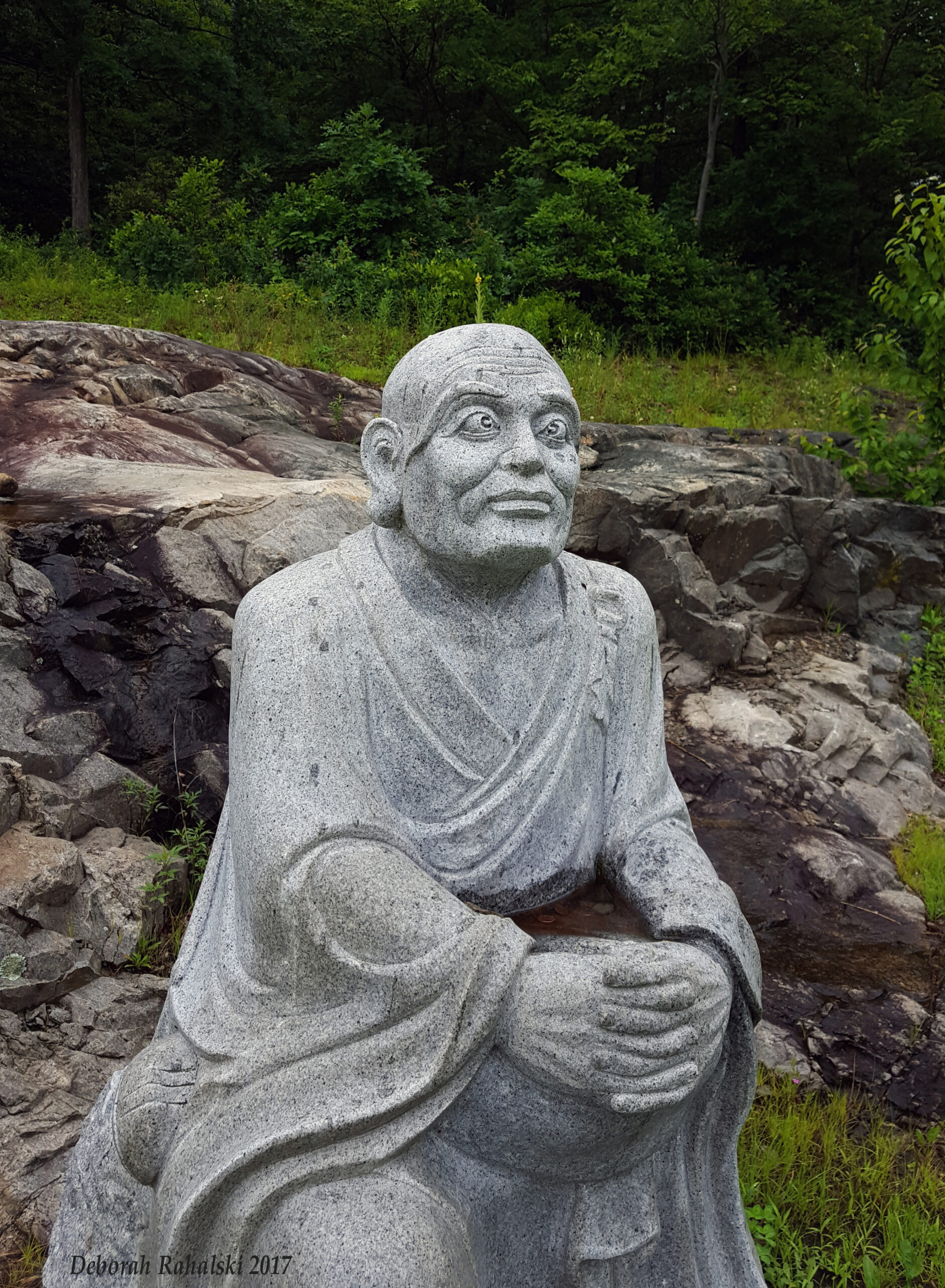 So fellow travelers, the lush green winding drive north on the Taconic was the perfect counterpoint to two days of city traffic. It had been raining all morning and cloud dragons of mist sat mysteriously suspended above creeks and rivers in the narrow valleys.

a photo taken in Vermont a few mornings later, with the same dragons

With a full tank of gas, a decent diner meal in my belly and plenty of time to get to my final destination I was in no hurry.  Driving mindfully through hills might not be considered genuine “forest bathing,” still I truly felt refreshed as my eyes drank in the peace and serenity of the view.

It also gave me time to process the many connections I felt during my time at Sagamore Hill. Parallel threads: my dad raised by an aunt when his mother died after giving birth; my drive to write, a deep reverence for nature, a love for gardens gifted to me when working alongside my Grandfather, an imposing man who, although more reminiscent of Archie Bunker than Theodore Roosevelt, would later in life challenge me to love others are they are with full knowledge of their prejudices. Ponderous thoughts.

No wonder I nearly missed the sign marking the turn for my destination, even with my GPS which indicated the turn was still ahead on the road. Spirit or sheer luck, however you choose to believe, sent a red tailed hawk swooping across the road to land in a tree by the sign to catch my attention.

The path from the parking lot led to a wide gravel walkway which sloped gently upwards towards the temple, flanked on either side by two towers.  One held a large ceremonial drum, the other a huge metal bell, signature elements of Buddhist sacred sites. Lining both sides of the pathway were statues of various Buddhist masters and teachers.

While it is not uncommon to find statutes of masters at temples, these were by far the most unique and intriguing collection of sages I have ever encountered in one location. I could not help but chuckle and smile at some of their expressions and life stories, which were presented in both traditional Kanji and somewhat awkward English translations on signs placed before each one.  A few of their tales had me laughing right out loud, a welcome reminder that laughter can help us recover from suffering.

I thanked them with an offering of shiny new pennies tucked under their stone feet and continued on the path to the temple where Buddha sat waiting. (to be continued)