So dear readers the winter solstice has arrived.

Here in Upstate New York it is a pretty dismal rainy day, very reminiscent of Scrooge’s visit to Christmas Future.  It is rare when I don’t appreciate temperatures in the 50’s in winter, but today they are not welcome.  You see  I need snow today because snow is magical during the four evenings of Candle Night. Candle Night was born out of my desire to meld several childhood traditions with the Spiritual path I found myself following during my daughters own childhood years.  Raised in the Lutheran Church,  the highlight of Christmas season for me was the lighting of the Advent wreath each Sunday leading up to Christmas Eve when our church sanctuary was transformed by the glow of a candlelight service.  My first solo Christmas,  I made sure to have an Advent wreath on my one room apartment which I faithfully lit every Sunday evening although I had long since stopped attending traditional church services. In fact I placed a small replica of the Daibutsu in the wreath’s center  since I was practicing Zen meditation at that time. 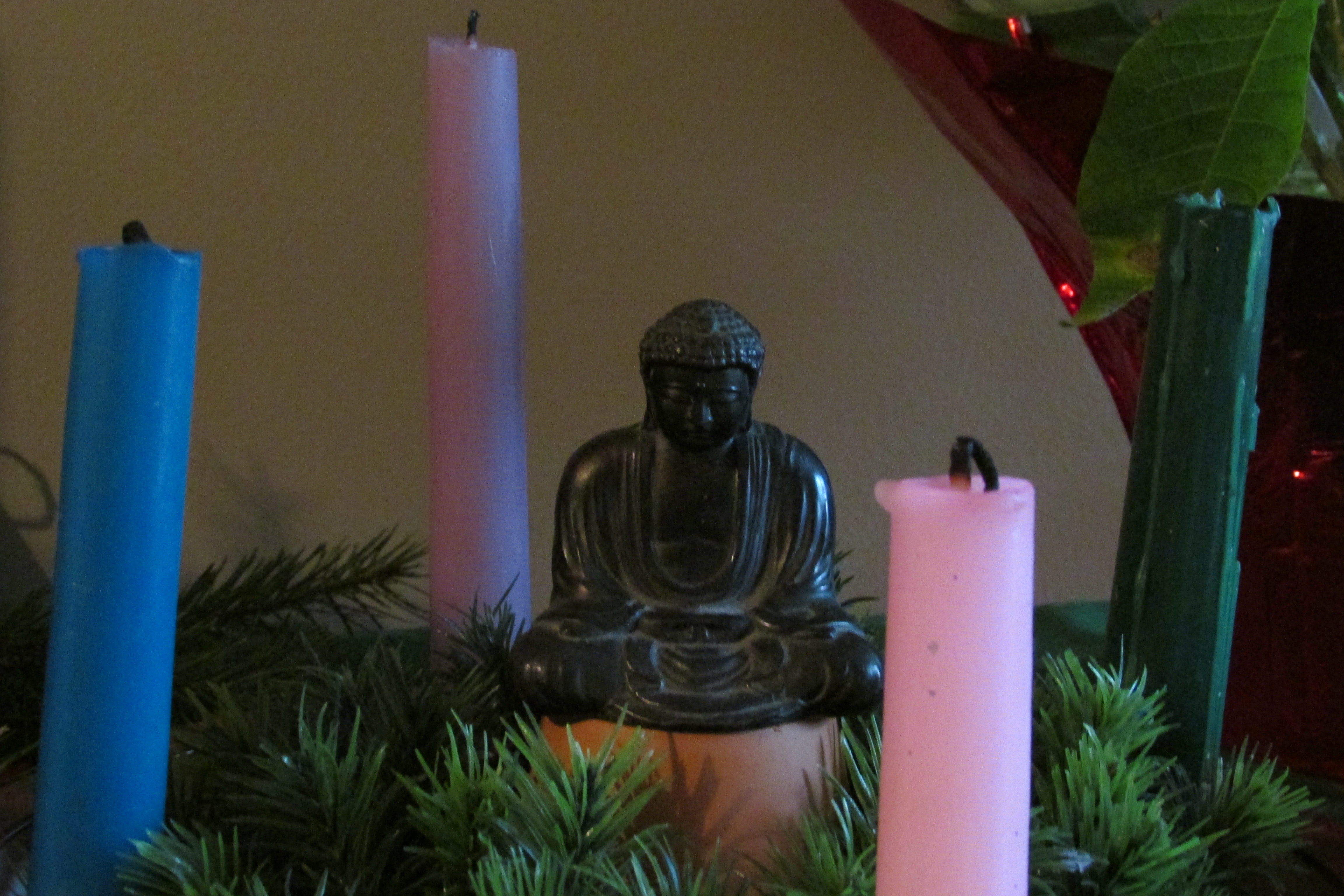 In the years that I spent holidays alone, simple traditions like the Advent wreath kept my heart open when loneliness could have slammed it closed.  When I became a parent I knew I wanted to create traditions for my own daughters that could serve as anchors in the dark and stormy times which are an inevitable part of life’s journey.  At that time I was attending a drumming circle which held a special ceremony on the evening of the solstice. I mentioned to one of my friends how much we loved the Muppet version of  Dickens’ Christmas Carol, to which she commented “Well then, just four  more sleeps til Christmas!” The thought inspired a new tradition which my daughters eventually named “Candle Night.” Each year on the evening of the Winter Solstice, right before bed, we would gather around the table to light the first candle on our Advent Wreath.   Each of us gets one evening to be the candle lighter and to pick something to read from the stack of holiday books I have collected. “The Mouse’s Christmas Tree” and “Bialosky’s Christmas” were favorites when the girls were younger.  Lemony Snickett’s “The Lump of Coal” is a recent addition more reflective of  the tongue in cheek wisdom of young adults.  After the reading, we place various figures in the nativity under our tree.  Angels the first night, shepards and their livestock on the second evening, the three kings arrive on the third night.  The wooden stable is special because it was made by my husbands uncle.  I was pleasantly surprised to discover my husband had the same vintage nativity set my family used when I was a child. 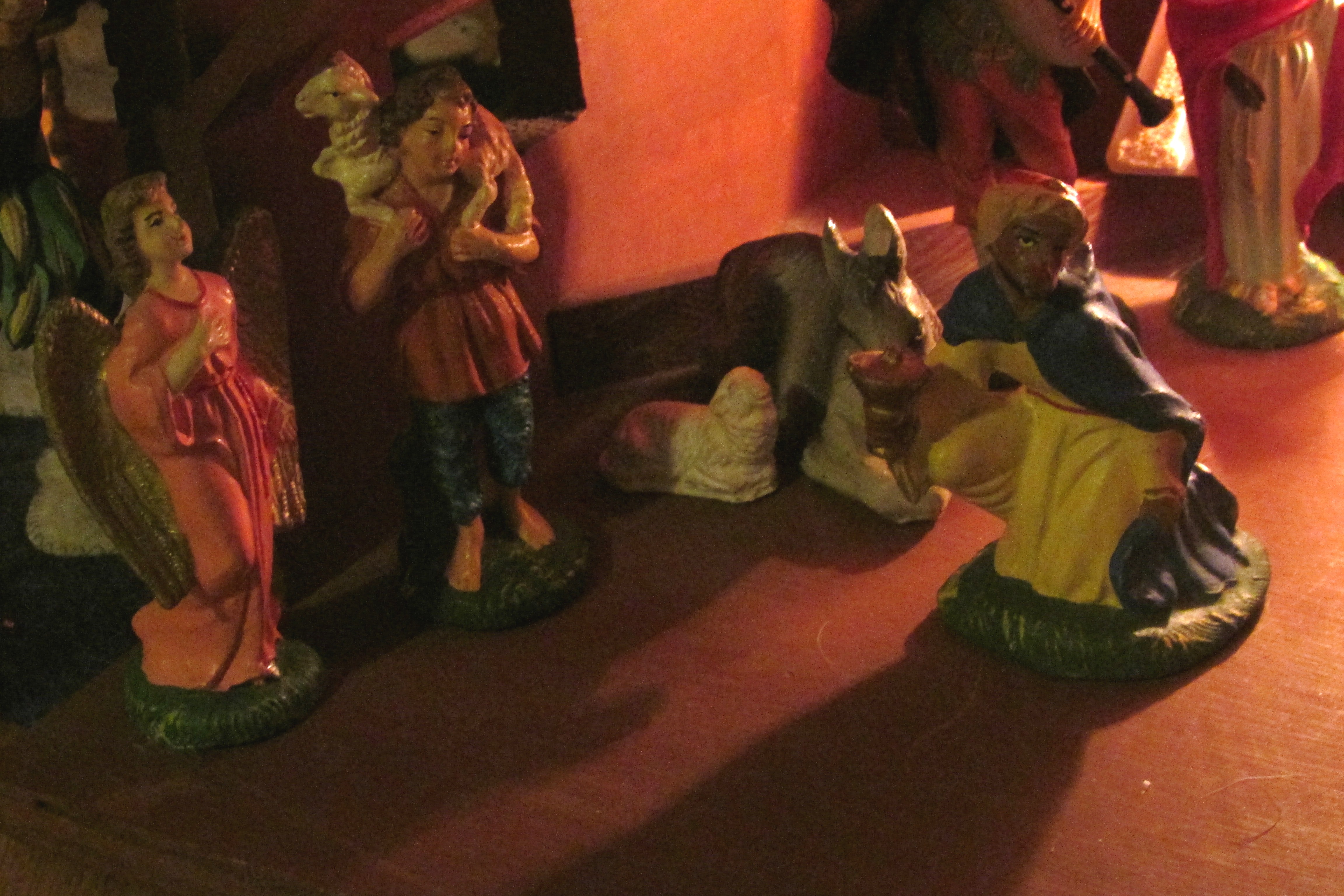 On Christmas Eve, we often read several books always ending with  the second chapter in the Gospel of Luke which tells of the night of Christ’s birth, the same reading Linus gives in “A Charlie Brown Christmas.”  It is the only time my would be perfect husband tolerates biblical reading at home.  As an estranged Catholic he is distinctly uncomfortable in any setting that hints at religion. Myself, I lean more towards Taoist Zen practices with a hefty leaning towards the Nature worship of my mother’s Shinto ancestors. Good reason to create a Christmas tradition around the Winter Solstice. After all four candles have been lit and the readings completed,  Mary and Joseph are placed in the stable.  Baby Jesus waits patiently by the cookies and milk, knowing Santa will set him in the manger soon after midnight. 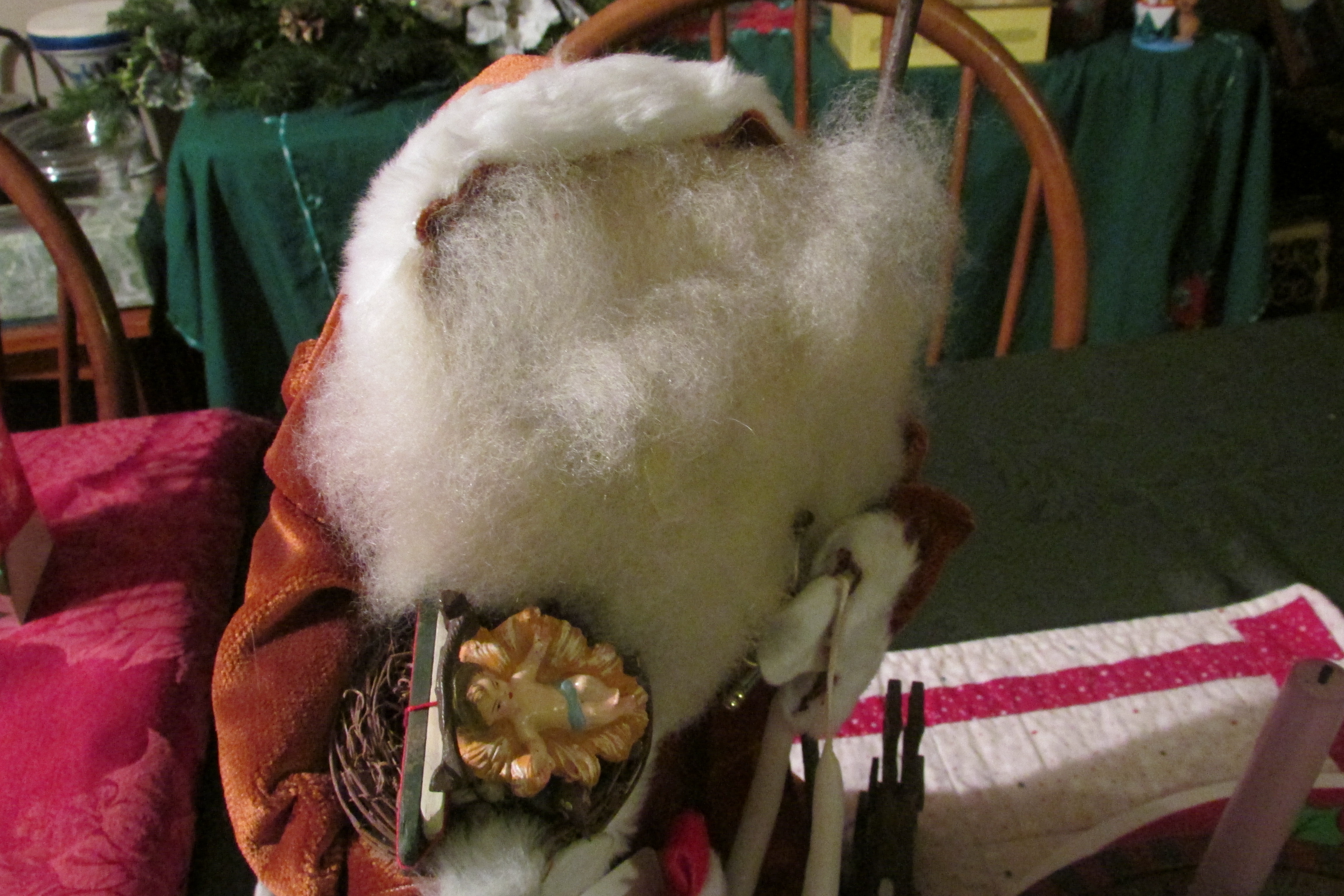 As the years have passed and my daughters have grown into lives of their own, there have been times they missed a night or two of Candle Night.  Still, even when I am alone at the table, reading and lighting candles the tradition brings me comfort and peace. Gifts of the season I cherish.