So fellow travelers, moment by moment, I am discovering even more than magic in PDX.

As tired as we were, we had to laugh when we realized we had walked right past what we were looking for.  I am blessed to have a family with a pretty decent sense of humor. Still, I was not as ready to laugh off all the errors I had made.  I became increasingly upset with myself, as we began to tally up all the data and determined we had hiked for just under two hours and covered six miles round trip.  The girls and I had headaches from heat and dehydration; we were all pretty hungry too.

As we rested in the air conditioned lobby, refilling our water bottles from the water fountain (it had a special water spout designed just for that purpose, so PDX) there was one point which got to me the most.  Why didn’t I look up when we came to the little stream of water which crossed the trail? It was easy to see how we had missed the sign. It was small, tucked into the foliage and actually faced away from outbound walkers. We almost missed it on the way back too. Yet I had stopped to take photos there; why didn’t I look up? I am fascinated by water.  I love following creeks and streams to their source.  When there’s water trickling down rocks, I always look up.  Well, ok it’s now all to obvious I can’t say always, because if I had looked up I would have seen this ~ 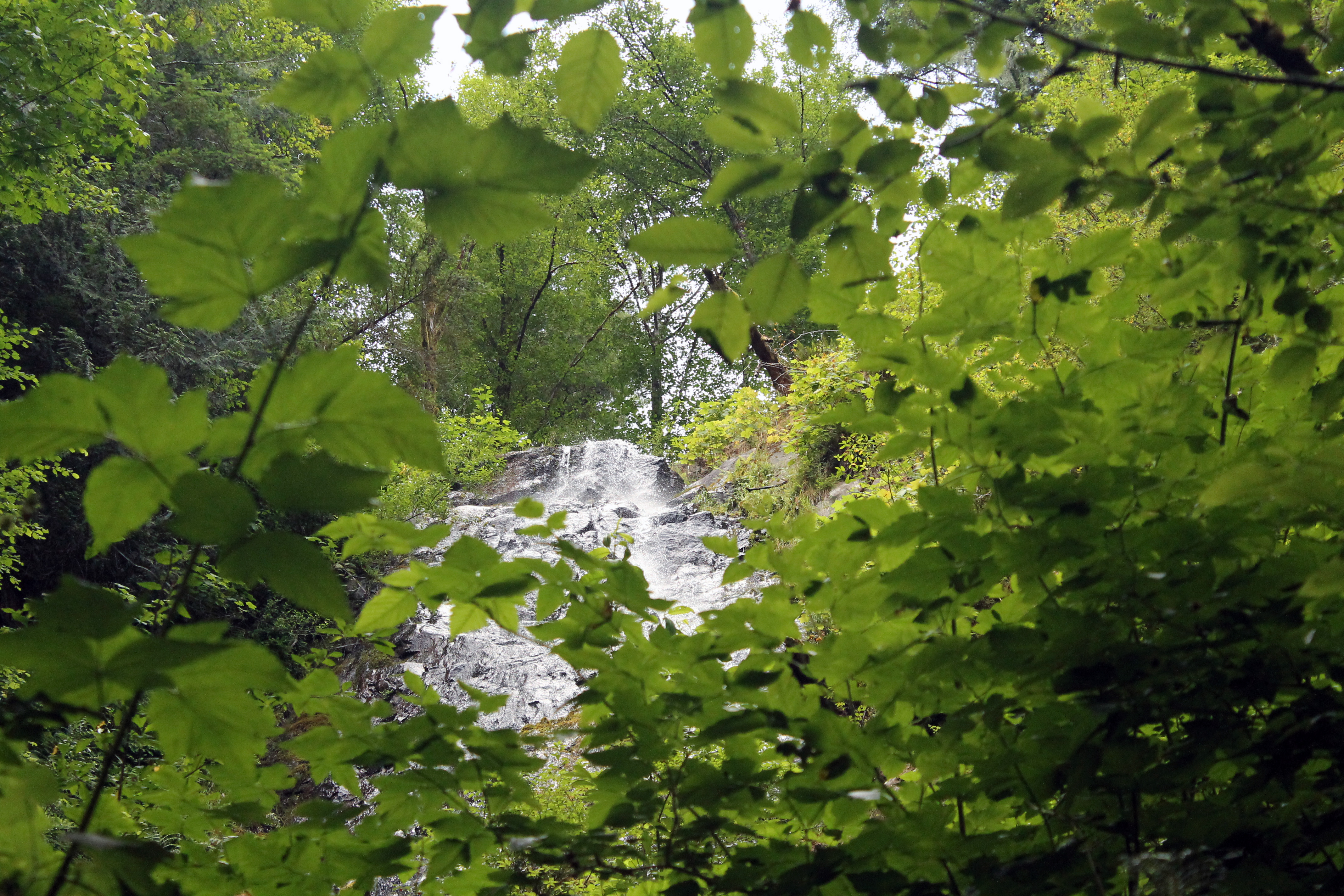 Wilson Falls, the source of the pretty water trickling over the rocks by the path.

Ah well, we continued driving, now bound for the coast. Everyone seemed in good spirits, passing snacks back and forth, munching away. I apologized for making so many mistakes even though no one seemed upset. My son-in-law pointed out he and my daughter are also experienced hikers. Re-hydrated, headaches on the mend aided by the ibuprophen I keep handy, growling stomachs soothed, everyone passed it off as a good story we would chuckle over in the retelling. As quiet settled over us, the tired hikers dozed a little, eased into sleep by the zigzagging road.  After checking with my husband if he wanted a break from driving (he didn’t, he rarely does) I found myself lost in thought.

What the kids said was absolutely true; at anytime, anyone else in the group could easily have spoken up. I was not at the front of the group to give pause to our pace.  I was actually trailing pretty far behind because I kept stopping to take photos.  By the time I caught up to them, everyone said they wondered if we had hiked too far.  Everyone was thinking some variation of ” How much further can this waterfall be?”  “Don’t want to turn back and just miss it!”  “Didn’t those hikers say it was just ten minutes ahead on the trail?”  but we had hiked more than double that by the time we all willingly decided to go back.

As the car wound its way along the road I thought about this vast forest around us which stood as a tribute to rebirth.  Tillamook State Forest exists because determined citizens spurred a massive reforestation project after a series of wildfires spanning two decades destroyed most of the old growth forest in the mid 1900’s.  Many thought the area was permanently devastated but the conservation effort succeeded in creating a thriving natural treasure. 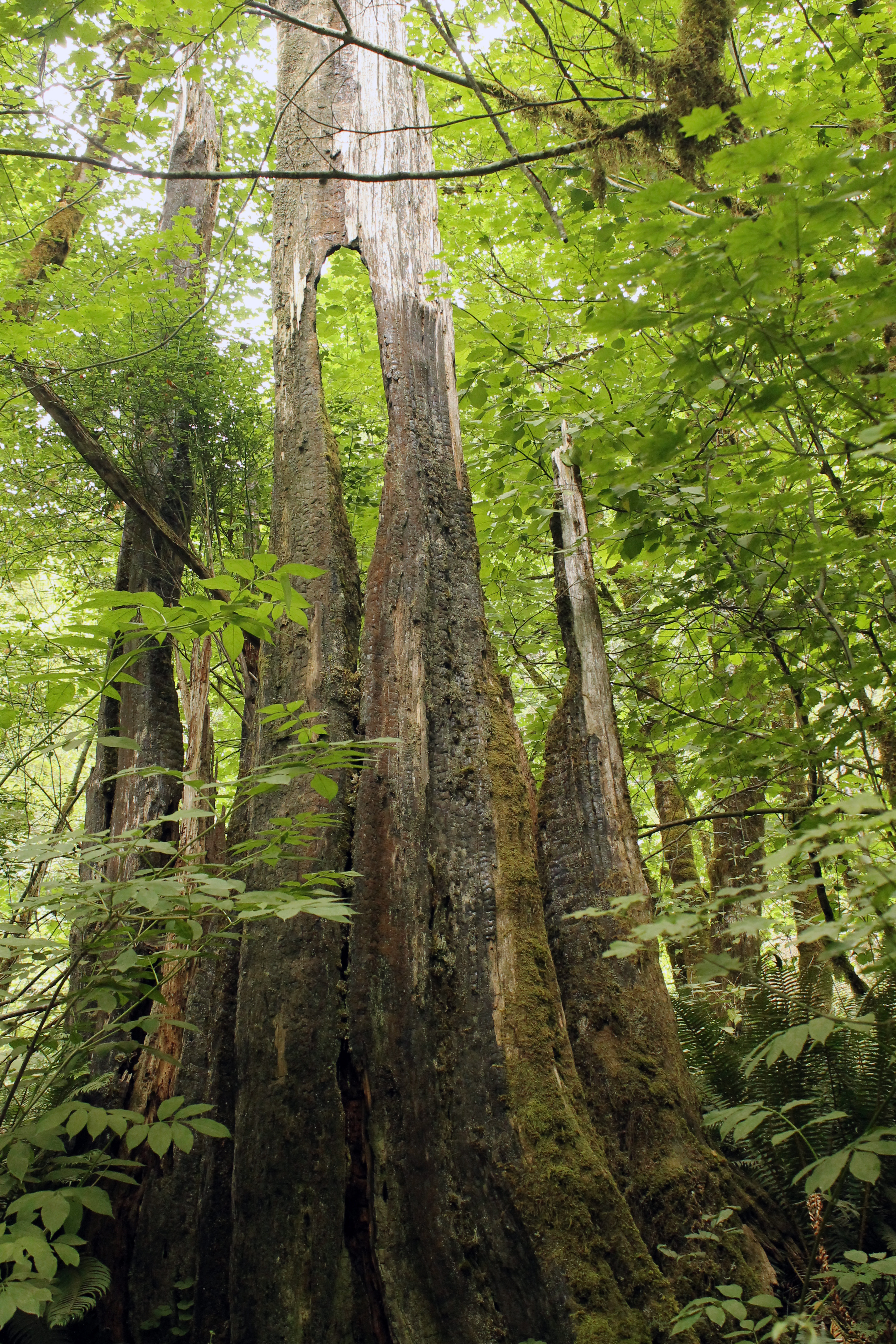 I watched the sunlight creating magical illusions as it filtered through the branches and I sensed something new in my usual line of thinking. It came from a gradually increasing sense of space in my life. I had been unusually lax in my attention to detail on this hike because I had been comfortable not worrying too much about it.  Granted we were not hiking some great distance on a remote trail. At least we had not intended to hike a great distance; I finally found myself chuckling a bit.

Moms do not easily shake off the responsibility of being in charge. With my daughters grown into young women, creating lives of their own, my role as their mother is changing. My older daughter and son-in-law have worked hard to build a new life in Portland, they are proud of being independent and self supporting. They have their eyes set on great goals for their own future and while they know we are ready and willing to help them if needed, they speak very clearly of wanting to do things on their own.  My younger daughter is about to embark on an adventure of starting her college studies in Tokyo, Japan. While we will travel with her to help her get settled (also granting her an extra checked bag or two to bring over her things) by the end of this month, she begins on her own journey. 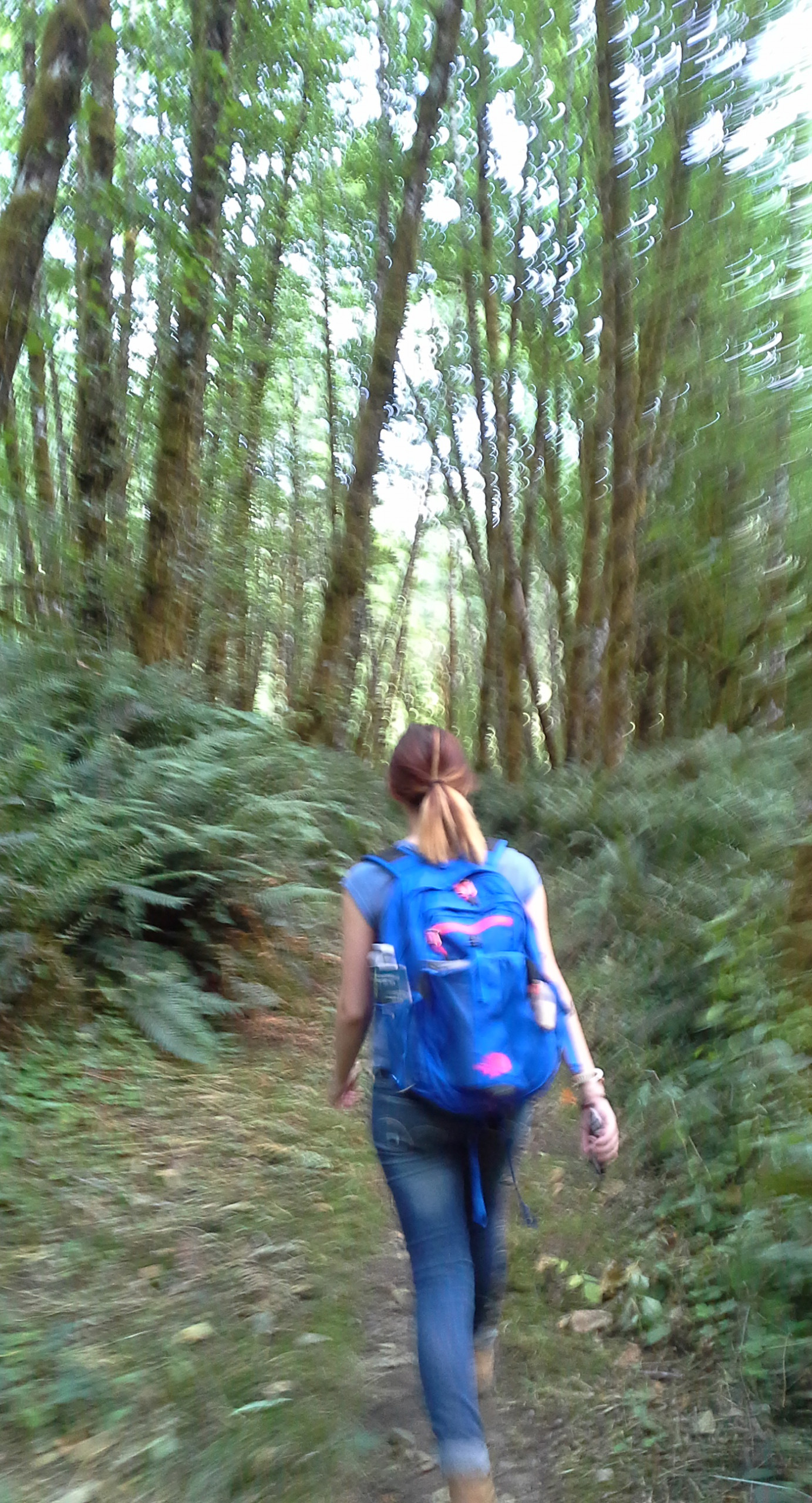 How proud am I of this young woman so eager to experience the great adventures the world has to offer? This glimpse of her heading down the trail reminded me of the first day of kindergarten when she climbed right onto the school bus without looking back once.

I’ve been through different stages as this change unfolds. I was initially surprised when blog posts by other Bedlam Creative Members prompted me to recognize I was dealing with some grief and a sense of loss.  I am grateful for the unexpected awakening, it helped me tremendously. There have been some bouts of anxiety and sleepless nights particularly as my younger daughter has stumbled a few times in her push for independence in this past year.  She is, God bless her an adventurous spirit, my constant reminder most people learn best from their own mistakes.  I know I do, still as a Mom that’s hard to weather sometimes.

More recently, particularly while enjoying the freedom of Portland, there has been growing curiosity about the phase I find myself about to enter. PDX, to use the airport designation by which many locals refer to their city, has a true “live and let live” spirit about it. Even in crowded locations, like the bustling, jam packed Saturday Market people are polite, respectful and lack the driven “grab and get mine” demeanor of other cities I have been in. It is common for drivers to not only wait but actually wave other cars on at busy intersections. Even in rush hour traffic, angry horns are the exception, although I did notice we heard them more often on this trip than last year.  Oh well, paradise most likely will fade first and fastest on the highways.

This pervasive sense of freedom to “just be” was opening up some space in my emotions, giving my feelings room to shift and evolve. Whenever I find myself searching for my soul center, I go back to the one element in nature which stills my monkey mind and brings me to zen ~ water ~  How serendipitous we were headed for the ocean 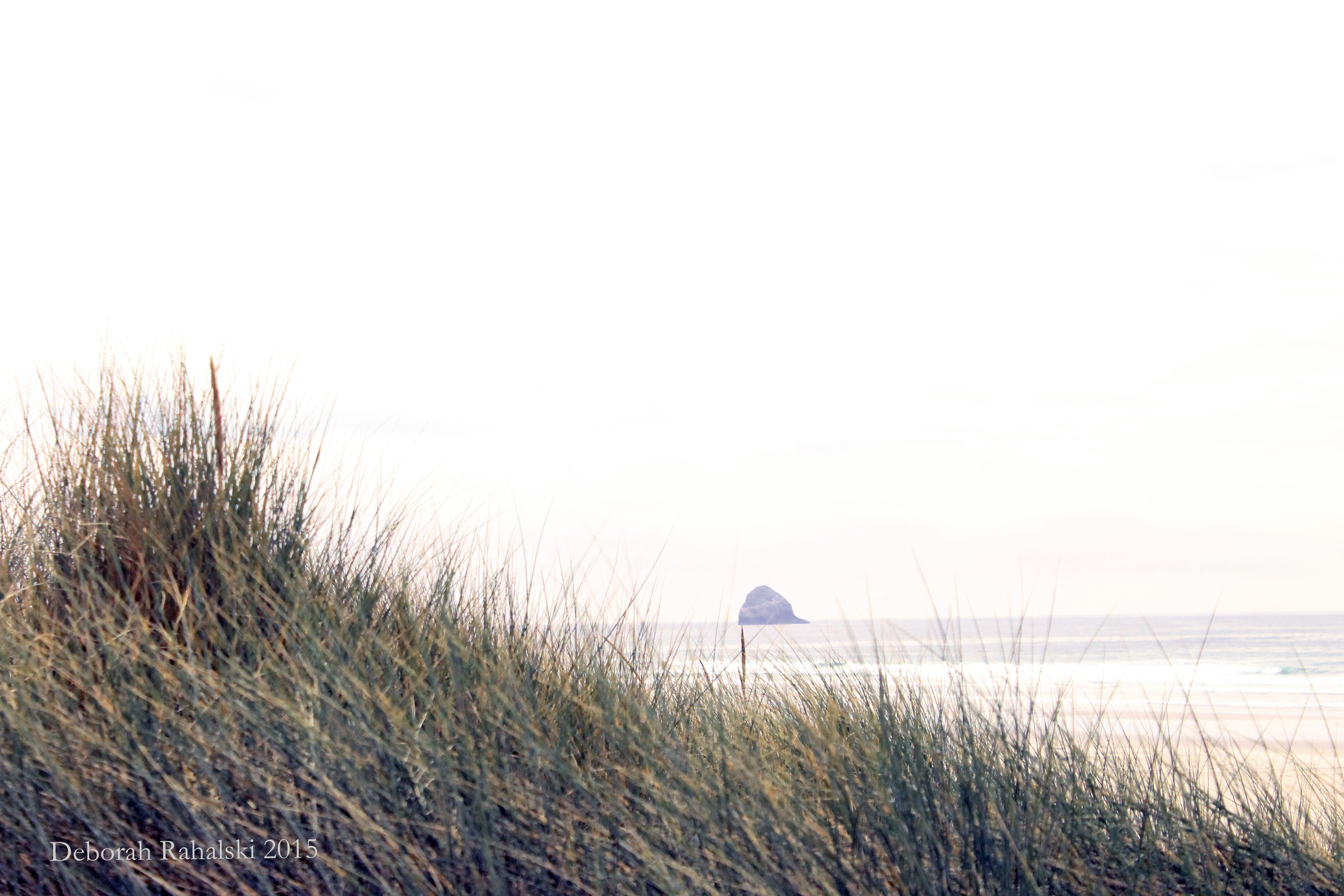